What Can I Feed My Cows Instead of Soya

With more and more pressure being brought on the dairy industry, rightly or wrongly, to reduce or remove soya from its diets, what are our alternatives to feeding soya?

Soya is primarily there as a source of protein, that is energy dense (which allows more room for more forage etc.), with high levels of Bypass or DUP (Digestible Undegradable Protein) protein.  DUP is protein that isn’t digestible in the rumen but passes through to the intestine where it is digested by the cow.  So, with bypass products you are feeding the “cow” rather than the “bugs”.

If you are simply looking for a source of protein there are many different options, including growing some different forages on your own farm.  These can include growing lucerne, clovers with your grasses, peas, or vetch maybe as part of a wholecrop mixture, beans as a straight or grown with maize, or lupins.

The problem with growing protein like this is it is usually high in RDP (Rumen Degradable Protein), which is great, but you need to ensure you have the balance of your sources/types of proteins.  I’ve seen diets high in RDP, but low in DUP before and this has affected production.  I rebalanced the diet by adding some DUP, reducing the RDP, lowering the overall crude protein and the farm saw an increase in production. The other problem can also be the ability to grow these crops as very few people in the UK are able to grow consistently successful lupin crops for example, or unable to grow beans on farm due to their disease status.

So, what else is high in DUP?  Forage wise Lupins is the best, but if you have growing difficulties, Lucerne is good, but lacks energy density compared to other sources, with also some from peas and beans, but none match the availability that soya has. 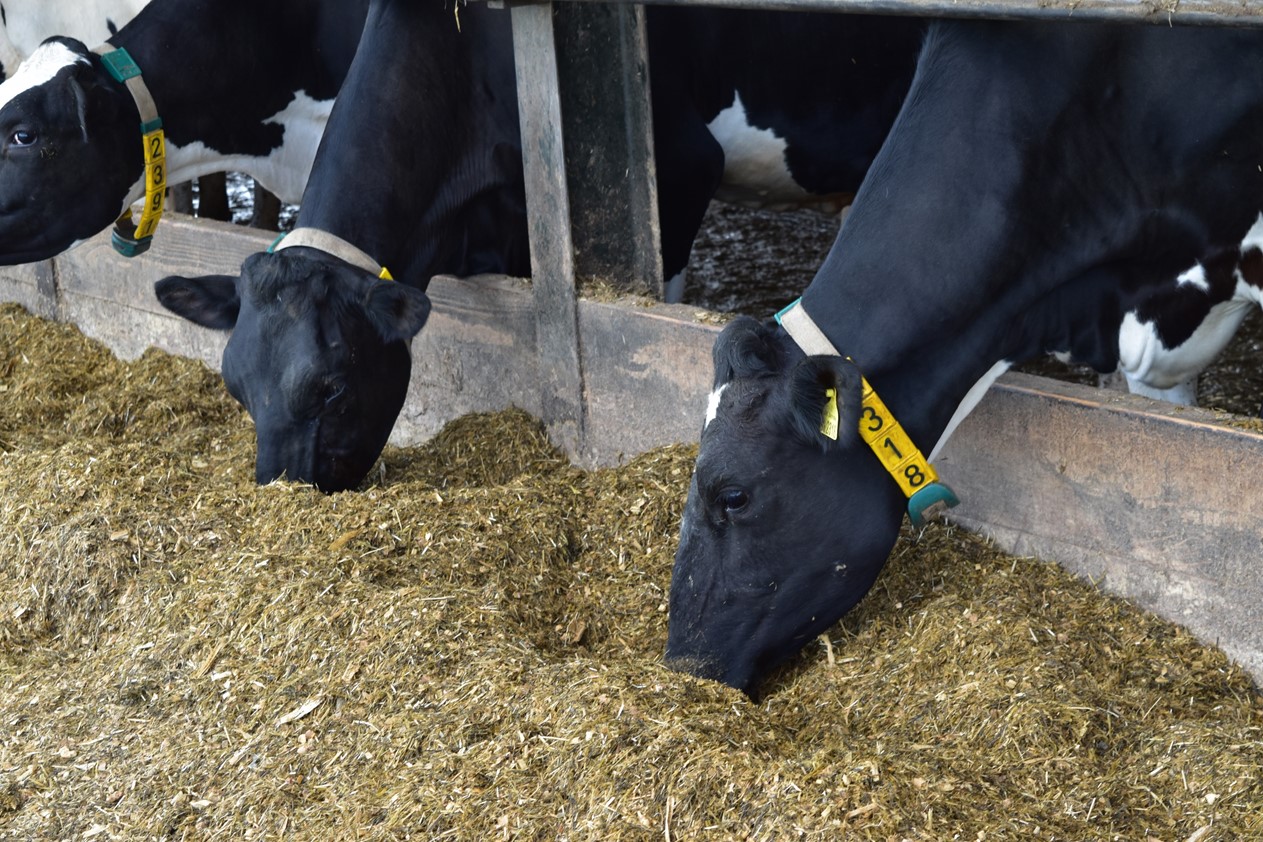 Therefore, what are your other alternatives?  Rape obviously contains a portion of DUP already and is similar in value to wheat distillers, but both have only about a third of the DUP level that soya offers.  Many companies are now offering a form of protected rape which through a process, some through steam treatment others through a chemical treatment for example, increases the DUP levels in the product, usually to somewhere around the 75-80% of the level of soya, and these are showing great results when being fed on farm over the last couple of years.

The thing with the protected rape products is they are not all equal.  Some increase the crude protein level slightly, some just increase the DUP level, some the energy value.  It’s not just about the headline price, it’s about finding the right product to balance your diet, and the one that is the best value to suit these needs.  For example, one particular protected rape has higher oil levels, and in the diet it was being fed, it along with the other feeds fed pushed the oil level too high and so resulted in a decrease in butterfats. This particular product is not bad at all, you just need to ensure the diet is correctly balanced.

However, the best source of DUP for a diet is Prairie Meal. It has more than double the DUP levels of soya, with a higher level of crude protein. It is expensive per tonne but you only feed in low levels to compensate.

If you are trying to feed higher yielding cows’ soya free, then you really need to include some prairie meal in the diet.  I know another nutritionist that does this, and while he admits it’s only anecdotal, believes that whenever he feeds prairie meal, he sees a 0.1% increase in the milk protein levels and so this then off sets the extra cost of feeding the product.

As discussed in my recent article about dietary crude protein levels if you are removing soya from a diet, you are likely to make the diet short of lysine. Most UK diets are already short of methionine. These two essential amino acids are the first limiting for milk production and so for a higher yielding herd you need to ensure that the diet is correctly balanced for these as well.

Whichever way you choose as an alternative to soya you need to ensure that you have a balanced diet that meets the needs of your cows and your system.