As I write this, I’m just home from a farm walk that DBL held today (1st September), thanks to one of our Buying Group members.

The farm walk was an invitation to the Buying Group members to see some the result of the first year of a trial that we have been doing, in conjunction with our seeds supplier Horizon Seeds, on the member’s farm after challenging us last year to see what would work best for the situation on farm. 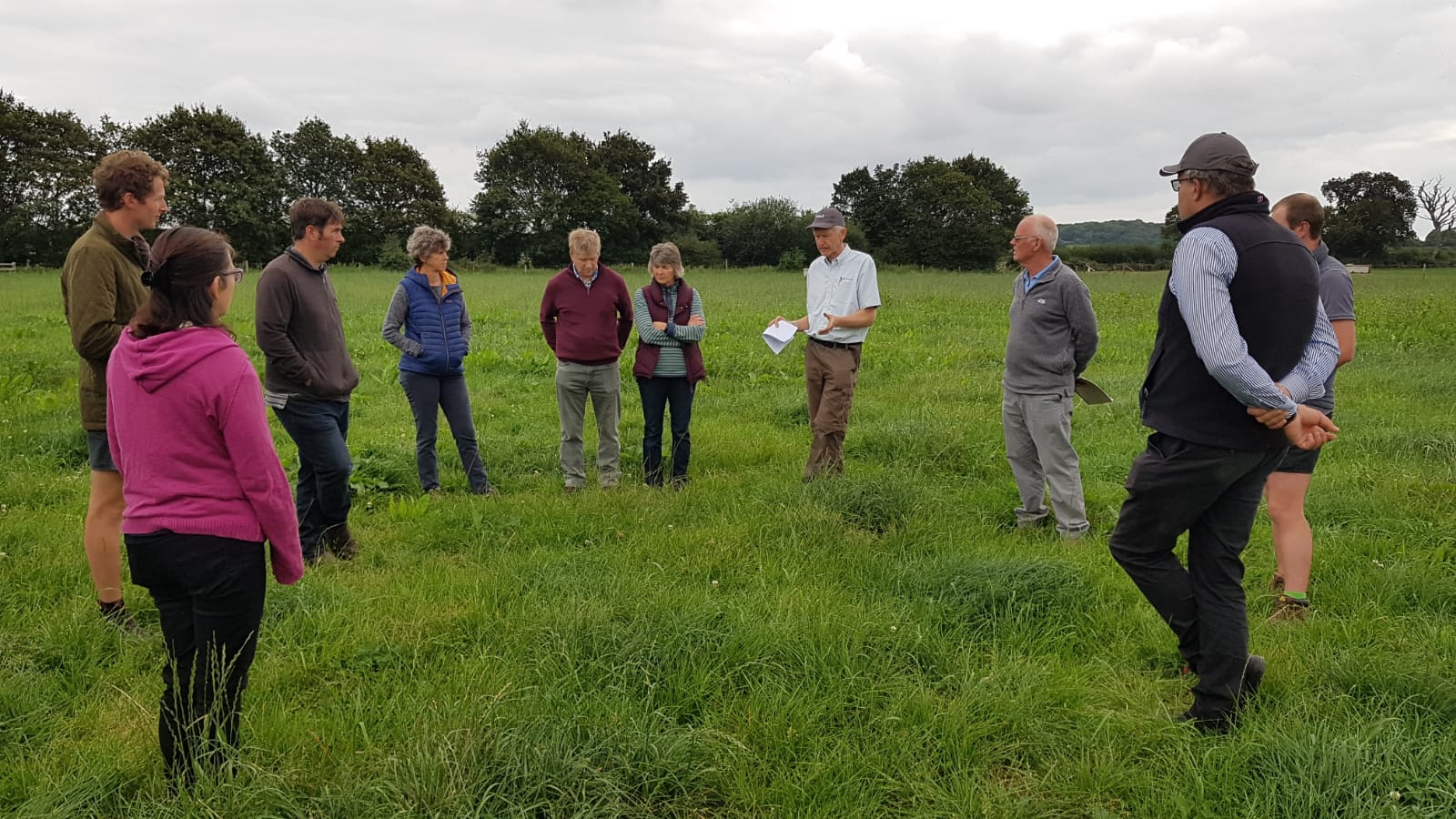 Last year the Buying Group member showed myself, and a member of the Horizon team, an area of the farm, close to the dairy and solely used for grazing but was not very productive.  The reason being the farm is on the Somerset Levels and can flood, and so any previous pasture improvements have just not lasted due to the flooding, and it doesn’t take long for the improvements to be taken over by the native meadow & knot grasses.

As the flood plains on the farm cover a fair acreage, we chose a nine-acre field that was right next to the river that was due for reseeding, after the stubble turnips in the field had been grazed.

To see what would work best Horizon provided five different seed mixtures, that on paper, would cope in this environment, and so they were sown in parallel strips along the length of the field.

As the stubble turnips germinated late last year, due to the dry May/June last year, they were grazed later into the season than originally planned and so instead of being sown in August, the trial field was not sown until the 22nd September.

The five mixes used on the trial are below, and if you’d like a more detailed breakdown of the mixes then please let me know and I can share these with you:

Then the fun started.  The trial strips were plate metered over the course of the season, grazed across the field so the cows had access to all trial plots at every grazing, followed the same fertiliser plan as the rest of the grazing platform, but after the field not flooding for the previous couple of seasons, this season it flooded, and again, and again.  It’s flooded about ten times (usually gone within 24/48 hours from the field) already since it was sown (in all honesty we’ve lost count) including not long after it had been sown and before any plants had germinated!

So, it’s definitely had a baptism of water!

Horizon and I have seen and inspected the trial several times throughout the season, and it’s certainly been interesting to see how it has progressed throughout the year and which mixes performed best at different times of the year.

With/despite the multiple floods on the field, which has made it a struggle in places and seen the return of the meadow & knot grasses, most of the field is looking good, a lot better than you’d probably expect.

This however is a long-term trial and so it will be interesting to see how these mixes continue to perform over the next few years, with the long-term aim being to take the best parts of each mix to make a bespoke mix for the farm to use over all the flood prone areas.