As I write this (06/12) the pound has fallen about two cents against the dollar over the last month and risen and fallen, with a net gain of almost a cent against the euro in the last month. Ongoing concerns regarding mandatory vaccinations, and now a new variant, are affecting the markets. 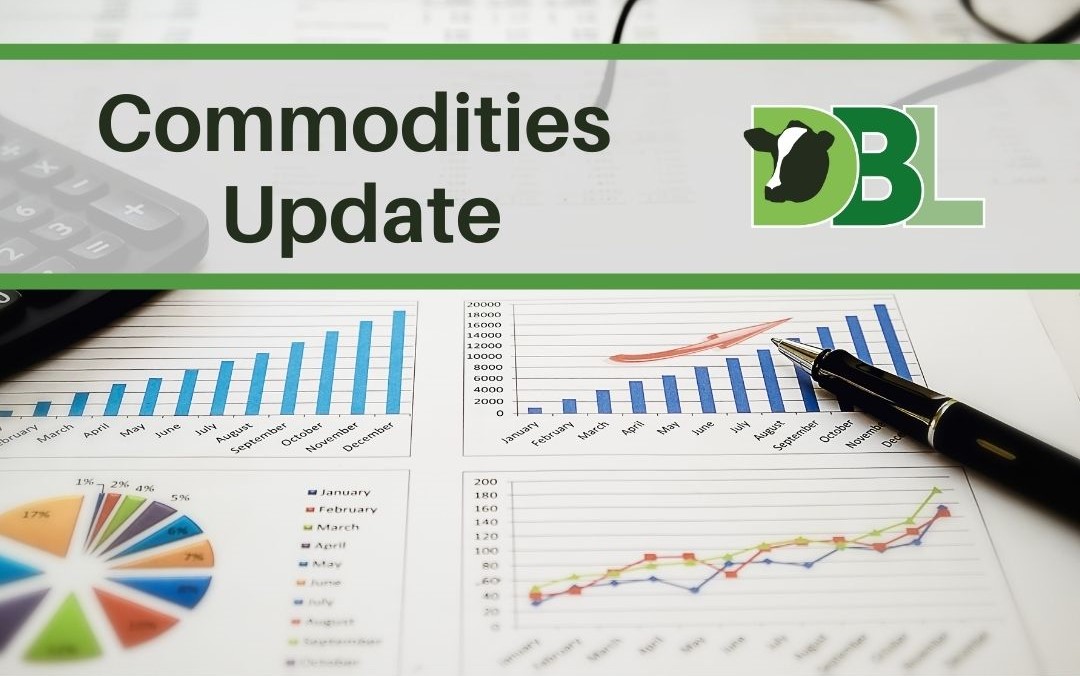 Oil prices have fallen over the last month, but this has not been reflected in forecourt prices which appear to still be on the rise!  The fall from peak to the bottom was about $14/barrel, but this has recovered slightly with oil currently trading around the $72/barrel mark.  The fall is likely on the back of new COVID concerns and OPEC announcing it intends to continue with its previously announced plans to increase production to meet demand in the new year.

Gas prices have continued to firm over the last month, with prices rising to six times where they were last year. Over the last couple of days, we have seen a slight fall, but still higher than this time last month.

The latest GDT results saw a further increase of 1.9%, with the next auction due later this week. All products offered saw an increase with cheddar showing a rise of +2.2%, and SMP +1.4%.  The overall GDT level has not been this high since early March 2014.  Driving these increases are production falls in both New Zealand and Europe, along with production in both China and US constrained by high feed costs and limited feed availability. Some are now predicting record prices for the coming season in the Southern Hemisphere with prices of NZ$9/kg MS being spoken about for the first time in New Zealand.  However, there is a warning against this that the following season could then see a sharp fall (>NZ$7kg MS) to below the expected average (NZ$7.50kg MS) of the next five years.

Milk Powder
Along with dairy markets continuing to firm, the markets for vegetable & palm oils also continues to firm, along with increasing transport costs, and over the last month this has seen milk powders increase by an average of £150/t.

Feed
Feed prices have been volatile this last month, but overall, still firming slightly compared to a month ago.  Soya is still looking a better buy than rape on farm, especially if you hadn’t already booked for the winter!

Fertiliser
CF have continued to release prices for Nitram, but only small lots at a time.  Once it’s gone it’s gone! Prices have risen just over £30/t in the last month, to be just over £630/t, however still full artics only.  Imported AN has eased slightly in price this month, to now being slightly under £630/t, but I think it’s been a drop to simply remain competitive.  This however is also full artics only.

For anyone wanting smaller loads we have imported 27N 12SO3, and its associated blends available.  There are no concerns over the quality of this product with it capable of being spread to 36m.  Our supplier is currently offering a special price on the 27N 12SO3, but for December delivery only.  The special offer is not because of an easing in price but because there will be no product available for delivery in the Spring, as manufacturers concentrate on their domestic markets, and so they have ordered extra for delivery in December, so just need to make more room for the extra ship coming in.

Urea prices did ease slightly domestically, if you can find it, but are now firming again, and again full artics only.  Internationally prices have continued to firm with product in short supply.

This is still all compounded by the expected challenging ongoing haulage issues as we head into spring.